The challenges of connectivity in Africa at Digital Infra Africa 2022

In a globalised world, marked by the digitalisation of the economy, Africa is the unfinished business that can no longer wait. Improving connectivity on the African continent is one of the great challenges of the 21st century and represents a market with magnificent potential for the telecommunications sector: operators, submarine and terrestrial infrastructures for fibre optics, data centres,…

This is well known to companies such as Meta and Google, which are developing major fibre optic submarine cable projects in the region: 2Africa and Equiano, respectively. We have also recently seen Equinix announce a deal to acquire West African data centre and connectivity solutions provider MainOne, with the aim of starting an expansion of the business in Africa. 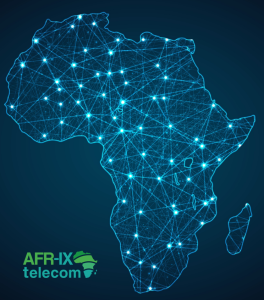 All the challenges posed by the digitalisation of Africa were discussed in depth at Digital Infra Africa 2022, a meeting organised by Capacity Media that brought together world leaders in data management, cloud, content and operators for two days (20 and 21 April) to drive digital disruption across the African continent. The interest in this market is endorsed by the participation of more than 350 companies from 80 countries in this expert forum.

The Catalan company AFR-IX telecom, with a large penetration in Africa and which will also contribute to a better connectivity of North Africa with the future Medusa submarine cable system, participated together with representatives of Meta, Orange International Carriers, Angola Cable and Sparkle, in one of the conferences dedicated

to the role of submarine fibre optic cables and the next steps needed to improve Internet access and data flows in the continent.

The challenge of rural Africa

One of the evidences shared by all attendees is that Africa has some peculiarities that condition digital deployment. The continent is home to 54 countries, but with a duality: urban centres such as Lagos (Nigeria) with a high population density and, on the other hand, rural areas with a very low density. Rural areas, moreover, represent a great effort for companies that decide to invest, as basic deficiencies such as electricity supply sometimes have to be covered. This is why the urban-rural digital divide in Africa is one of the continent’s challenges.

Another of Africa’s distinctive features affecting its connectivity is the fact that many countries are landlocked. As noted at the meeting, it is not enough for the continent to be served by major undersea infrastructure deployments that skirt the continent. A robust terrestrial network is also required to ensure connectivity between the different territories, as well as the development of data centres. In relation to this last aspect, it should be noted that the key is to know how to adapt to the needs of each country, i.e. to have multiple data centres with different scales depending on the concentration of population. On the other hand, the systems that guarantee the resilience of the Internet network must be strengthened to cope with signal drops and interruptions.

Deploying complex infrastructures that affect countries with different regulations can also be a complication, as discussed in the framework of Digital Infra Africa 2022. In this regard, AFR-IX’s experience is that processes can be simplified if, instead of building new infrastructures, the focus is on unlocking existing ones that were built with resources from the World Bank or other financial institutions, but which need the private sector to reactivate them.