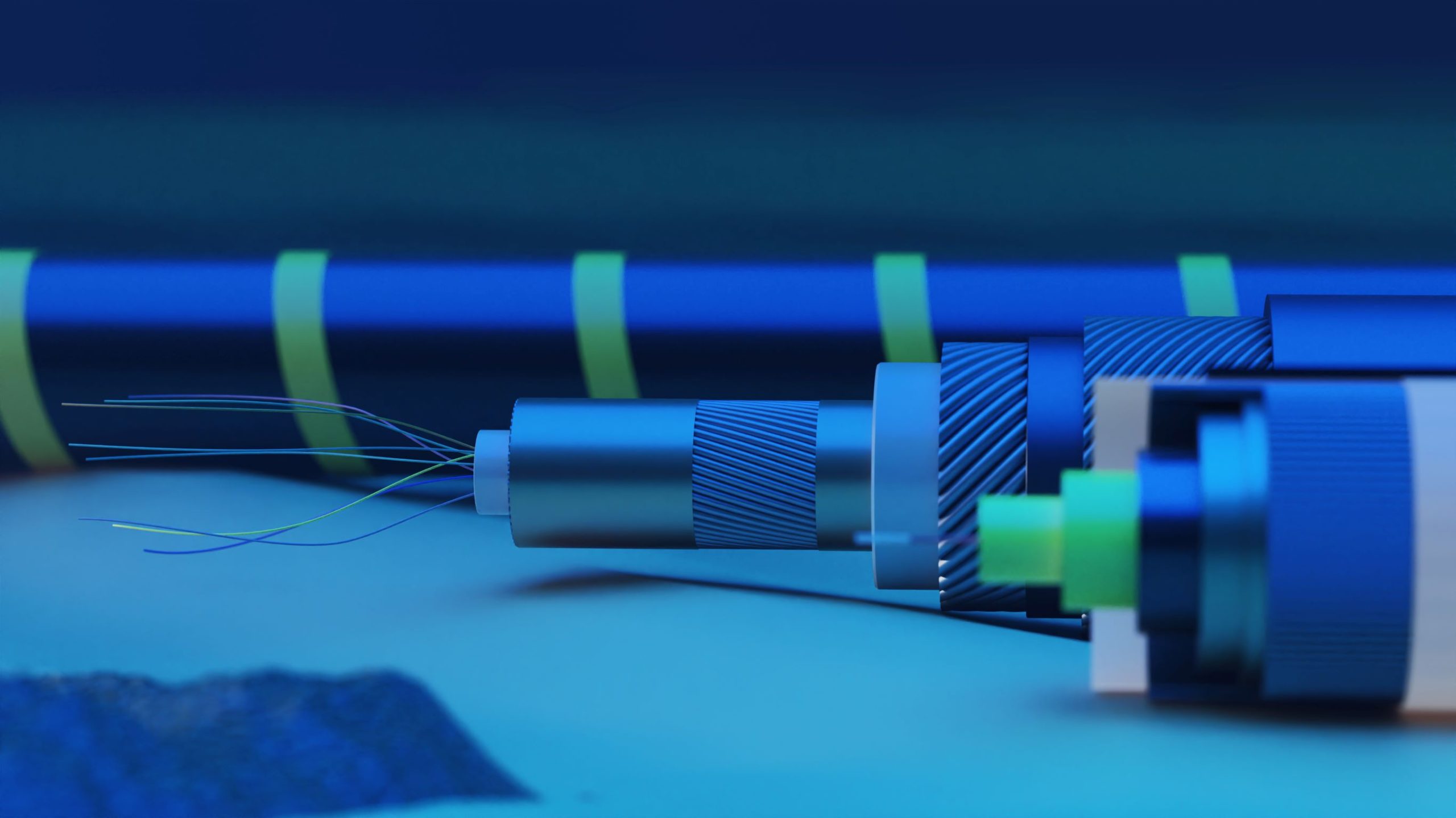 Barcelona, 17 January 2022. Submarine cables currently carry 98% of international Internet traffic. We rely globally on this technology to communicate, conduct financial transactions and transmit information securely. Although submarine cables are a highly secure technology, it is extremely important to have effective maintenance systems in place to guarantee the operation of the infrastructure and to deal with any incidents caused by natural and human phenomena (e.g. anchor strikes by ships).

In this scenario, systems that ensure the protection and predictive maintenance of submarine cable infrastructures (PSI), such as the one developed by the public-private consortium comprising AFR-IX telecom, the University of Alcalá, the Institute of Marine Sciences (ICM-CSIC) and Aragón Photonics, are key to guaranteeing data transmission.

It is an intelligent monitoring system based on DAS (Distributed Acoustic Sensor) technology, which prevents cable damage by providing early warning of potentially damaging activities. At the same time, this system could have a direct application for underwater seismic measurements, as it allows the submarine cables to be converted into large offshore seismic sensor arrays at a minimal cost.

For its application, AFR-IX telecom will provide its know-how in submarine cables. Specifically, it will facilitate the application of the system on its Medusa submarine cable and also the use of the Barcelona Cable Landing Station (open port scheduled to be operational in the first quarter of 2022) to store the data collected in real time.

For their part, specialists from the University of Alcalá have world-renowned experience in DAS research, while the ICM-CSIC has experts in the development and implementation of seismological and oceanographic software. Finally, Aragón Photonics will provide its high-performance acoustic sensing (HDAS) equipment, developed in collaboration with the University of Alcalá, and will create an infrastructure for monitoring and processing optical signals in a fibre that will make it possible to analyse how variations in the seabed environment – temperature and movement – translate into variations in these signals.

The project is funded by the Ministry of Science and Innovation (PSI project reference PLEC2021-007875) and the NextGenerationEU/PRTR programme of the European Union, with a total of 1,446,136.92 euros.

Pioneering system based on DAS technology and artificial intelligence

The new monitoring system, based on DAS technology, features on the one hand a high-fidelity fibre interrogator (HDAS), a device that allows recording small deformations in optical signals along a fibre optic cable, and on the other hand an artificial intelligence (AI) system capable of analysing the data collected by the HDAS and transforming it into an intelligent interpretation of the potential threat to the cable in all possible situations, as well as environmental variations on the seabed.

This makes it possible to continuously analyse natural and man-made threats to the fibre optic infrastructure and to generate early warnings for preventive action. In short, a completely innovative maintenance scheme in the field of submarine cable infrastructure.

“This system will increase the resilience of the communications network and significantly reduce the extremely high costs of submarine cable repairs”, says Norman Albi, CEO of AFR-IX telecom.

Another point in favour of the system is that it uses a technology (DAS) which, as mentioned above, allows underwater seismic measurements to be taken, which will help to better understand phenomena such as tides, ocean currents or meteotsunamis, i.e. tsunamis of meteorological origin. In fact, the same HDAS equipment that they plan to use in the project was recently monitoring the seismic movements of the Cumbre Vieja volcano on the island of La Palma.

Finally, DAS technology provides the opportunity to monitor marine ecosystems by tracking groups such as cetaceans, which contributes to their protection and to the conservation of the habitats in which they live.

Medusa and Barcelona CLS, key elements of the Project

To apply the technology of the pioneering monitoring system, AFR-IX will facilitate the use of its future submarine cable Medusa, which will link nine Mediterranean countries and will be operational in 2024.

Specifically, in order to develop the intelligent monitoring system, access to the Medusa submarine cable will be provided from the cable landing stations in Barcelona (Barcelona Cable Landing Station –CLS – promoted by AFR-IX), Torreguadiaro and Zahara de los Atunes, and other possible landing points in countries of the European community.

From each landing station, a high-speed network will be provided through high-capacity routers and the Medusa submarine cable system network for the real-time DAS data to be transported to Barcelona CLS, where it will be processed by the University of Alcalá. The 24/7 Network Operation Centre team will guarantee the operation and security of the network at the cable station sites and at Barcelona CLS so that the data can be analysed at all times.

AFR-IX telecom is an infrastructure and telecommunications operator founded in 2013 with headquarters in Barcelona, owner of the Medusa submarine cable and the Barcelona Cable Landing Station, an open port that is expected to be operational in the first quarter of 2022 with the aim of being a leading digital port in the Mediterranean and with a capacity for up to eight submarine cables. In addition, AFR-IX is a telecommunications operator with licences in Portugal, USA and several African countries such as South Africa, Nigeria, Ghana, DRC, Mali, Burkina Faso, Sierra Leone, Niger and Cameroon

Aragón Photonics Labs. S.L.U. (APL) is a company specialised in the development, manufacture and commercialisation of high-performance test and measurement equipment based on optoelectronic and photonic techniques. APL was created in 2004 as a spin-off company of the University of Zaragoza with the main objectives of developing, manufacturing and commercialising a test and measurement device (BOSA) based on a patented high-resolution optical spectroscopy technique.

The team of the University of Alcalá (UAH) participating in this proposal is formed by members of two research groups of the Department of Electronics of the UAH: the Photonics Engineering Group, GRIFO, and the Group of Electronic Engineering Applied to Intelligent Spaces and Transport, GEINTRA. These two groups have collaborated in previous projects related to the area of research involved in this proposal.

Both research groups have been recognised as a “High Performance Group” in the UAH, given their high scientific production.

Institut de Ciències del Mar (ICM) in Barcelona is the largest marine research centre of the Spanish National Research Council (CSIC). It is made up of specialists in different aspects of oceanographic research. With the aim of understanding the ocean for the health of the planet, researchers at the ICM carry out cutting-edge research to promote the transfer of knowledge and technology in relation to ocean and climate interactions, the conservation and sustainable use of marine life and ecosystems, and the mitigation of the impacts of natural hazards and anthropogenic activity. In 2020 the ICM was awarded the Severo Ochoa accreditation for Excellence, a distinction that proves the institution’s leadership in the field of marine research in Spain and highlights its commitment to generate social impact.