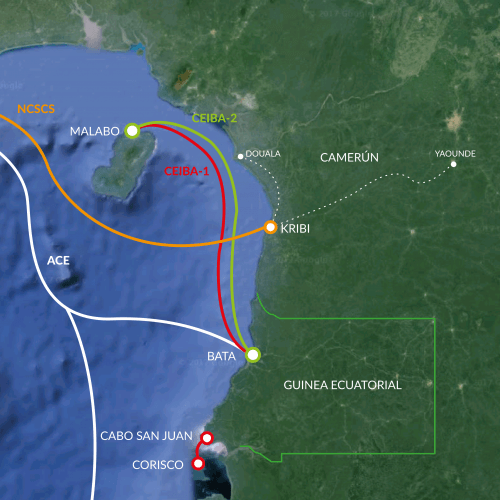 At AFR-IX telecom we had the honor to be invited to the ceremony.

The construction of Ceiba-2 started in October 2015 and was completed in March 2017. The cable is a 400-kilometer long telecom infrastructure with a technical capacity of 40 GBPS. However, it can be increased to 100 GBPS to meet the future demand for connectivity.

According to GITGE, Ceiba-2, that connects Malabo, Bata and Kribi, is an invaluable redundancy for the country. Equatorial Guinea is already connected to Ceiba-1, which connects Malabo to Bata, and ACE Cable.

The Ceiba-2 cable, that is the first direct international fiber-optic connection in the country, complements the Ceiba-1 cable, as it allows to increase the country’s total capacity as well as the Internet speed and reducing the cost of access for people.